Chiropractic History—Get knowledge of the spine, for this is the requisite for many diseases.

“The doctor of the future will give no medicine but will interest his patients in the care of the human frame, in diet and in the cause and prevention of disease.” ~ Thomas Edison

There is some evidence that the practice of chiropractic can be traced back to ancient Egypt (4000 B.C.), China (2700 B.C.) and Greece (1500 B.C.). Moreover, the famed “Father of Medicine,” Hippocrates (500 B.C.), who was renowned for ridding medicine of superstition and quackery, may have practiced chiropractic. Historians have used Hippocratic quotes like “Get knowledge of the spine, for this is the requisite for many diseases” as evidence of his involvement with chiropractic.

Herodotus, a contemporary of Hippocrates, gained fame curing diseases by correcting spinal abnormalities through therapeutic exercises. If the patient was too weak to exercise, Herodotus would manipulate the patient’s spine. The philosopher Aristotle was critical of Herodotus’ tonic-free approach because, “he made old men young and thus prolonged their lives too greatly.” 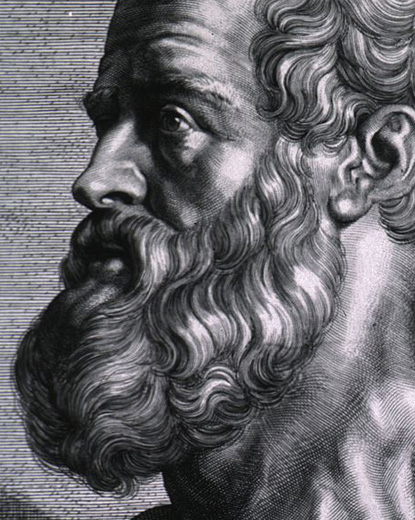 In many ways, the early history of chiropractic is the history of three generations of Palmers.

The Beginnings of Modern Chiropractic

D.D. Palmer — (March 7, 1845 – October 20, 1913) The Founder
At the end of the 19th century, when D.D. Palmer came on the health care scene, medicine was leaving an era of proclaimed cure-alls to pursue more scientific investigation into the treatment of disease. D.D. reasoned that the body had an ample supply of natural healing power transmitted through the nervous system. If a single organ was sick, it must not be receiving its normal nerve supply. That led to the premise of spinal misalignment, or subluxation, and from there to a procedure for adjusting the vertebrae. D.D. performed his first adjustments in 1895, relieving one man of deafness and another person of heart trouble. Arrangements were made to train others in the application of the chiropractic principle. The Palmer School and Cure was founded in 1897 and was later incorporated under the laws of Iowa. The school later became the Palmer School of Chiropractic.

Dr. B.J. Palmer launched his colorful career by assuming the responsibility of the Palmer School of Chiropractic in 1906. His contributions included extensive research, improved methods of spinal adjusting and analysis, higher standards for chiropractic education, and increased appreciation for chiropractic worldwide. B.J. battled on many fronts — legal and legislative obstacles to the licensing of chiropractors and financial challenges to the school. He was often the center of controversy, but well before his death in 1961, chiropractic had secured a place among the health sciences.

A guiding influence in B.J. Palmer’s life was his wife, Mabel Heath Palmer, who became a Doctor of Chiropractic in 1905. A recognized authority on anatomy and an instructor at the school for more than 30 years, Mabel Palmer was a close and valued adviser to her husband in all phases of the chiropractic profession.+ 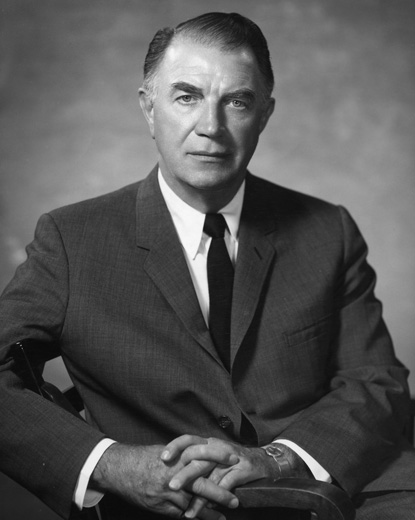 The Philosophy, Art and Science of things natural. A system for adjusting the segments of the spinal column, by hand only, for the correction of the cause of Dis-ease.

Treatment of the spine was still crude and misunderstood until Daniel David (D.D.) Palmer discovered the specific spinal adjustment. D.D. defined Chiropractic as, “The Philosophy, Art and Science of things natural. A system for adjusting the segments of the spinal column, by hand only, for the correction of the cause of Dis-ease.” He was also responsible for the earliest development of the philosophy of Chiropractic and provided the first definition for vertebral subluxation.

D.D. Palmer was born in Ontario, Canada, in 1845, He moved to the United States when he was 20 years old. He spent the years after the Civil War teaching school, raising bees and selling sweet raspberries in the Iowa and Illinois river towns along the bluffs on either side of the Mississippi River.

In 1885, D.D. study with Paul Caster and learned the techniques of magnetic healing, a common therapy of the time. Two years later, he moved to Davenport and opened the Palmer Cure and Infirmary.

On September 18, 1895, D.D. Palmer was working late in his office when a janitor, Harvey Lillard, began working nearby. A noisy fire engine passed by outside the window and Palmer was surprised to see that Lillard didn’t react at all. He approached the man and tried to strike up a conversation. He soon realized Lillard was deaf.

Patiently, Palmer managed to communicate with the man, and learned that he had normal hearing for most of his life. However, he had been over in a cramped, stooping position, and felt something “pop” in his back. When he stood up, he realized he couldn’t hear.

Palmer deduced that the two events — the popping in his back and the deafness — had to be connected.

He ran his hand carefully down Lillard’s spine and felt one of the vertebra was not in its normal position. “I reasoned that if that vertebra was replaced, the man’s hearing should be restored,” he wrote in his notes afterward. “With this object in view, a half hour’s talk persuaded Mr. Lillard to allow me to replace it. I racked it into position by using the spinous process as a lever, and soon the man could hear as before.”

Harvey Lillard reported in the January 1897 issue of The Chiropractic that: ”I was deaf 17 years and I expected to always remain so, for I had doctored a great deal without any benefit. I had long ago made up my mind to not take any more ear treatments, for it did me no good. Last January Dr. Palmer told me that my deafness came from an injury in my spine. This was new to me; but it is a fact that my back was injured at the time I went deaf. Dr. Palmer treated me on the spine; in two treatments I could hear quite well. That was eight months ago. My hearing remains good.” Harvey Lillard, 320 W. Eleventh St., Davenport, Iowa, (Palmer 1897).

Word of Palmer’s success in “curing” deafness traveled fast. Soon people with deafness from across the country were awaiting his miraculous treatment. Although he had some success in helping those with deafness he soon realized that many other conditions were benefiting from the same treatment. Over the succeeding months, patients came to Palmer with every conceivable problem, including flu, sciatica, migraine headaches, stomach complaints, epilepsy and heart trouble.

D.D. Palmer found each of these conditions responded well to the adjustments which he was calling “hand treatments.” Later with the help of Reverend Samuel Weed they coined the term chiropractic — from the Greek words, Chiro, meaning (hand) and practic, meaning (practice or operation).

He renamed his clinic the Palmer School and Infirmary of Chiropractic. In 1898, he accepted his first students.

Often surprised at the effectiveness of his adjustments, D.D. Palmer returned to his studies of anatomy and physiology to learn more about the vital connection between the spine and one’s health.

He realized spinal adjustments to correct vertebral misalignments, or subluxations, was eliminating nerve interference that caused the patients’ complaints.

Although Chiropractic was proving to be a successful way of healing the body it was not readily accepted. The medical community at the turn of the 20th century was afraid of Palmer’s success and began a crusade against Chiropractic. They wrote letters to the editors of local papers, openly criticizing his methods and accusing him of practicing medicine without a license.

D.D. Palmer defended himself against the doctors’ attacks by presenting arguments that he provided a unique service which they did not offer and pointed out the well known risks of the many medical procedures of that era. He also cautioned against introducing medicine into the body saying it was often unnecessary and even harmful.

In 1905, D.D. Palmer indicted for practicing medicine without a license. He was sentenced to 105 days in jail and was required to pay a $350 fine. D.D. served his time and paid his fine but this didn’t keep him from adjusting. His patients (including his jailor) came to his jail cell to get their adjustments.

D.D. continued his fight to promote Chiropractic publishing two books from 1906 to 1913, “The Science of Chiropractic” and “The Chiropractors Adjuster.” He adjusted patients until his death in Los Angeles at the age of 68.

D.D.’s son, Bartlett Joshua, was equally as enthusiastic about chiropractic as his father and continued his father’s work. Bartlett — or B.J. as he is now known — is credited with developing chiropractic into a clearly defined and unique health care system.

In 1902, B.J. graduated from the Palmer school started by D.D., and before long — with his wife and fellow graduate Mabel — was helping patients and taking on more and more responsibility for the school and the clinic. He also was instrumental in getting chiropractic recognized as a licensed profession.

What made this different from the gross manipulation used in the past was the understanding of the global implications of this method as a distinct healing art. D.D. Palmer was a genius, but he had an abrasive personality, which was ill suited to the promotion of chiropractic. His son B.J. Palmer (right) was the marketeer, educator, and inventor that carried the chiropractic torch for the next sixty years. B.J. built Palmer School of Chiropractic in Davenport, which became the premier chiropractic college in the world at that time.

In 1924, B.J. had the first radio station west of the Mississippi, WOC (or, Wonders Of Chiropractic). In 1928 he purchased WHO (With Hands Only) in Des Moines. He was a world traveler and writer, and drew an audience from all over the country, on his 50,000 watt clear channel stations. B.J. Palmer was also a prolific author and dynamic speaker, who spoke to audiences all over the world concerning chiropractic. He was described as having zeal and being a brilliant salesman and missionary when it came to chiropractic. The practice of chiropractic continued to be met with significant hostility from the medical community, as it was an unfamiliar approach to health care. Many chiropractors were jailed for “practicing medicine without a license.” B.J. did much to increase the acceptance of chiropractic. He fought for the establishment of a separate licensing and regulatory boards for chiropractic allowing for it to be recognized not as a form of medical practice, but as a separate entity. He continued to develop the science, art, and philosophy of the profession from what was little more than a loosely knit structure. B.J. advocated the scientific advancement of chiropractic as the primary route to it’s acceptance. Through his leadership chiropractic became the first health care profession to regularly use Wilhelm Roentgen’s invention, the x-ray machine, which improved the science and accuracy of chiropractic.

Chiropractic and its leaders have changed and evolved through the years but the principles of this distinct healing method are still the same as they were 100 years ago. Essentially, the body is a self-healing organism. The nervous system controls and coordinates every organ and tissue of the body. The relationship between the spine and the nerve system is a predictor for the state of health. Find the interference – correct it and the body will always move back toward health.

Today’s recognition and acceptance of chiropractic is primarily based on the strength of the growing body of scientific research, which all started from B.J. Palmer’s commitment to make Chiropractic Scientific. The positive results chiropractic care has given to millions of satisfied people continues to add credence to what one man started over 100 years ago. Chiropractic is now the world’s third largest healthcare profession and the fastest growing.