For over 100 years Doctors of Chiropractic have said that regular chiropractic care boosts the bodies ability to heal and repair itself, while our detracters have continued to say that this tenent of chiropractic can not be proven. The advancement of modern technoligies has now caught up with Chiropractic Philosophy with the recent advent of study in the area of genetics. Today we are able to measure the various enzymes that are related to the bodies natural process of regeneration. One particular enzyme, thiol, has been identified as a key indication of the bodies rate of regeneration. If your body is regenerating slower you will have lower serum thiol and you are more likely to suffer from chronic disease and degeneration, whereas if your body is regenerating faster you will have higher serum thiol and you are more like to experience vitality and you bodies true potential for health. The following study looks at various groups of people including those with active diseases, those receiving short term chiropractic care, and those receiving long term wellness chiropractic care and shows the corresponding levels of serum thiol for the various groups. This study difinitively shows the benefits of chiropractic wellness care in terms of your bodies regenerative capacity.

Patients were age matched to be 40 years of age or older. 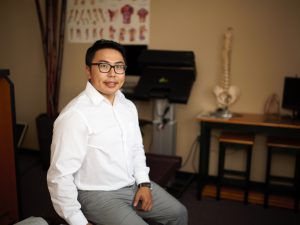 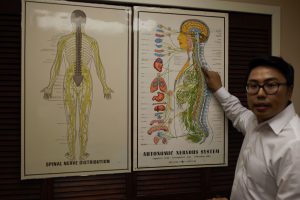 What is a Subluxation?

Often described in practice as a partial dislocation, a subluxation is when the vertebrae move slightly out of alignment causing pressure or irritation to the nerves. The spine loses normal motion and/or position and can have an affect on the nerves involved and vertebrae around the subluxated area. As the vertebrae are not functioning properly this can cause wear and tear on the discs and associated ligaments, muscles and other spinal tissue. This nerve interference results in the body operating at a reduced rate. Pain, inflammation and tenderness often follow. Once the nervous system has been impaired via a subluxation, the overall health and wellbeing of the person is at reduced.

Chiropractors locate Subluxations which cause interference to the nervous system. They then correct the interference through gentle movements of the spine. This is usually done with the hands, which relieves the pressure to the nerves therefore assisting in correction and improving the health of the nerves.

Subluxations are caused through varying ways. They can be responses to physical, emotional, chemical or genetic factors. Muscle weakness or imbalance from stress, obesity or lack of exercise are all contributing factors to subluxations.

What are the Symptoms Associated With Subluxations?

Most patients actually wait until they have a symptom such as pain until they seek chiropractic help. They can have a range of symptoms including: 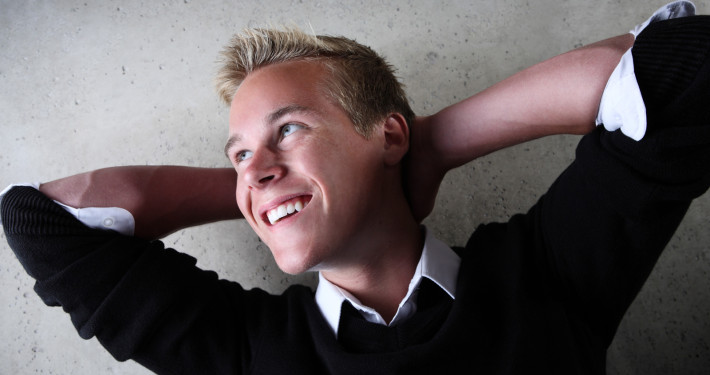 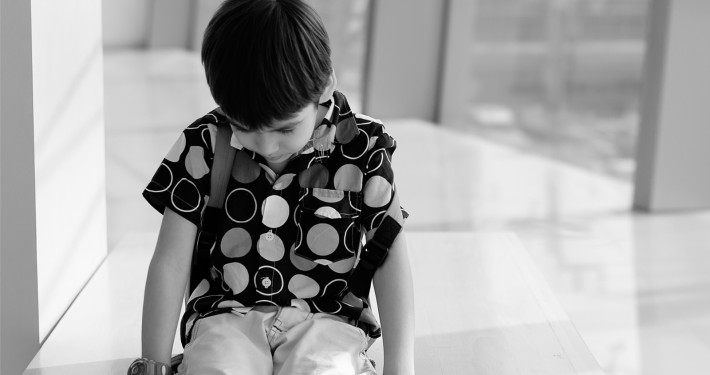 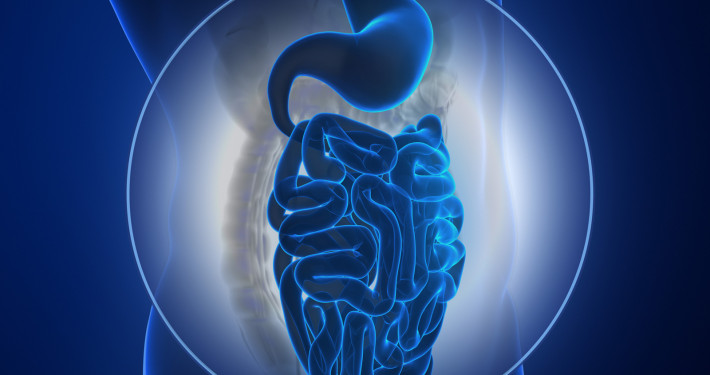 According to a new survey, 74% of Americans live with chronic… 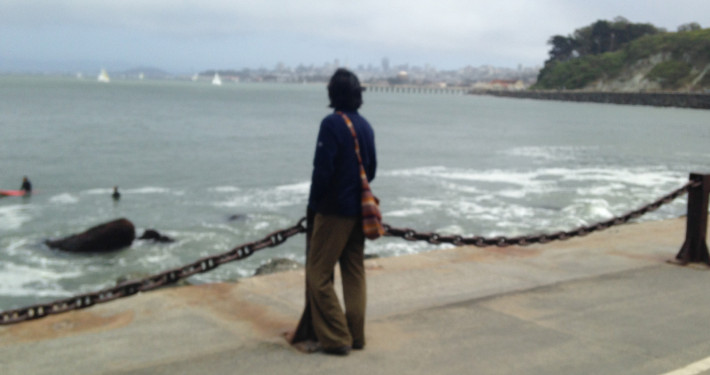 Your immune system plays a critical role in keeping you alive.… 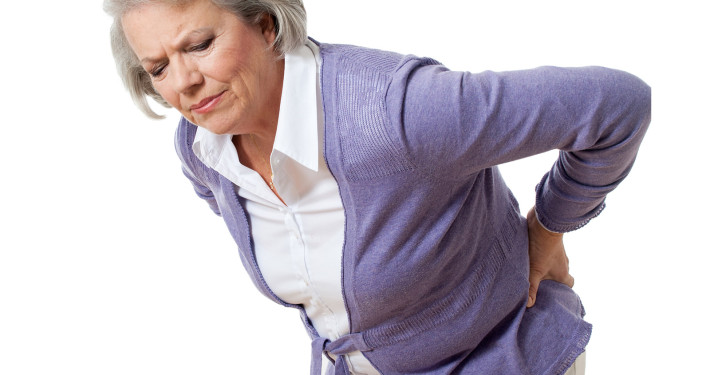 The standard medical approach for sciatica varies depending on…

Functional disorders are considered to be the first manifestations of spinal or vertebrogenic disease, with first symptoms appearing at a young age. In a total of 57 children’s migraine cases, 48 had excellent results after manipulative therapy. Functional disorders in children may manifest themselves as sleep disorders, loss of appetite, psychic problems or dysmenorrhea and may not exist as spinal pain.

Studies of healthy children revealed pelvic subluxations in 40% of all school children, cervical fixation in 15.8%. After manipulative treatments, the problems rarely recurred.

More than half the population suffers from vertebrogenic diseases for certain periods of their life. Disorders of the vertebral column may start in childhood many years before clinical manifestation.

From the abstract: Three case reports are reviewed to illustrate a syndrome that has so far received far too little attention and which is caused and perpetuated in babies and infants by blocked nerve impulses at the atlas. Included in the clinical picture are lowered resistance to infections, especially to ear-, nose- and throat infections, two cases of insomnia, two cases of cranial bone asymmetry, and one case each of torticollis, retarded locomotor development, retarded linguistic development, conjunctivitis, tonsillitis, rhinitis, earache, extreme neck sensitivity, incipient scoliosis, delayed hip development, and seizures.

The importance of chiropractic care for children. Abram, N. The Chiropractic Report. July 1992 Vol. 6 No. 5.

In school children’s orthopaedic clinics one of the authors saw many primary school children with symptoms arising from lumbar dysfunctions. In most of these, a parent would remember an injury when specifically asked, but the history had to be searched for before it was mentioned. Unless they are treated by the time these children have reached adulthood, the compensatory asymmetries will almost certainly have become fixed and they require treatment.

Are radiographic changes in the thoracic and lumbar spine of adolescent’s risk factors for low back pain in adults. A 25-year prospective cohort study of 640 school children. Spine. 1995;20:2,298-302.

This is a study of 640 14-year-old children who were followed from 1965 through 1990 to determine risk factors for the development of low back pain in adulthood. Low back pain during the growth period and family history were both associated with an increased risk. The lifetime reverence for back pain was 84% for this cohort. The proportion of subjects having radiographic abnormalities was 36% and this was associated with an increased incidence of back pain in adulthood. Interestingly, the investigators did find an increased incidence of mental problems such as fear or depression in the group of patients with radiographic changes in the T11-L2 area.

“The principal goal of education is to create men who are capable of doing new things, not simply of repeating what other generations have done – men who are creative, inventive and discoverers.” — Jean Piaget

Vertebral Subluxation Correlated with Somatic,Visceral and Immune Complaints: An Analysis of 650 Children Under Chiropractic Care

Background: We evaluated children and their neuromuscular, biomechanical, neuro-homeostatic development and patterning in order to gain some insight into the perplexing problem of health attainment. We describe the nuances and effects of a new subluxation pattern seen in children – the Pelvic Distortion Subluxation Complex (PDSC). We feel that the PDSC is responsible, partially or fully, for a number of adaptive neurological patterns and kinesiopathological reflexes that can propagate a myriad of conditions – these seem to arise in childhood and plague individuals into adulthood. The authors maintain that PDSC is an entity amenable to correction – thereby restoring homeostasis.

Objective: It is the author’s contention that many, if not the preponderance of conditions seen in adults, have their origins in the childhood years. The objective of this paper is to describe a new subluxation pattern seen in children – the Pelvic Distortion Subluxation Complex which we found to be a common denoninator in many children’s health issues.

Methods: We examined children of varying ages, varying complaints, and varying levels of health expression. All children in the study were chosen randomly and were patients of our Centre. All examinations were performed by 6 staff doctors with pediatric certification from the International Chiropractic Pediatric Association. The initial sample consisted of 677 children. 27 were excluded for the following reasons; No pelvic information was available, child was under the age of two, child was over the age of 18. Our final sample consisted of 327 boys and 323 girls. Analysis of examination findings, radiology, Surface Electromyography and Infrared Thermography was statistically evaluated. We took 5 parameters of complaints disclosed by children (or mentioned by their parents) and arranged them according to the class of complaint; a. Somatic b. Visceral/Autonomic c. Behavioural d. Immune e. Other. All data was arranged according to three age groups; a. 2-4, b. 5-12, c. 13-18, and was also categorized by sex and total scores.

Results: The preponderance of PDSC is to present with a left pelvic fixation and a corresponding right hypermobility. We have found that 96% of all children seem to possess, and be subjected to the effects of the Pelvic Distortion Subluxation Complex. The PDSC was a common denominator in complaints plaguing our sample of children. These are summarized into a percentage of the total sample and the most common complaints of children in our study are mainly of a somatic nature with some visceral and immune components.

Conclusion: The process of neurological learning or programming of the central nervous system with respect to locomotion, posture, proprioception, and body kinetics begins within a few short months after birth. Our study revealed a pattern of pelvic dysfunction correlated with numerous somatic, visceral and immune complaints. These dysfunctions should be discovered as early as possible in a child’s development to effect a correction and the relationship between these dysfunctions and ill health should be further studied.